We must learn more about the Novel Coronavirus and one of the things we need to do if we have dirty hands is to wash our hands with soap and water and/or use GermX. But, for more information, go to the OpenWHO.org and find out more than what I have written here. You can take an hour course on this new virus, what to do to prevent, and how to communicate with people to help them be more informed about the Novel Coronavirus. We must prevent this from spreading, even if it means limited travel to and from affected countries. Let's help stop the spread of this virus and the Open WHO website from the World Health Organization is a site I do recommend you to visit. Thanks.
Posted by Tim Gunter at 21:46 No comments:

Last Sunday, NBA Basketball great Kobe Bryant and his daughter, Gianna, were killed in a helicopter crash near Calabasas, California along with the pilot and six other people who have now been named. I don't know what to say about this. When I hear about events like this, it gives me room to ponder. There was a man named Marvin and I knew him, and he was an active church member who drove a church bus and he would help bring in kids on Wednesday night for Wednesday night services each Wednesday night. Well, after services were over, he had a heart attack and died and I didn't know about this until I looked at Facebook the next day. It just happened all of a sudden. We never know when our time will come when we all die. We just don't know. Somebody can ask, "Was it what God intended?" I really don't know that! Things like this just happen. For Kobe and Gianna, what if they didn't choose to travel on a helicopter and chose to stay home? They may still be here. What if they chose another type of transportation? By plane? It may have happened. By car? It may have crashed in a collision. Hardly anybody travels by train in this country. By bus? Not likely would they travel by bus. I guess it was their time to go and I cannot really say that God intended this to take place. This is what I hear a lot. Personally, I have no answer. Friends, families, and loved ones should comfort one another in these family members' time of need always. There was a couple who were missionaries in Brazil for thirty years. They finally come back to the U.S. to live, but they died in a car wreck. I still cannot explain these phenomenons or why they happen? Again, when times like this happen, we all need to comfort one another. This is really all I have to say for now. I just don't know what tomorrow will bring.
Posted by Tim Gunter at 19:20 1 comment:

Okay, President Trump is impeached and nothing is going to change from that. Now, we have the trial in the Senate. No matter what cases are brought against him, the Senate will vote to acquit President Donald J. Trump even if the cases are strong against over the Bidens and Ukraine, for example. I just don't see him getting removed from office and then sent to prison. Majority Leader, Sen. Mitch McConnell, will not have it no matter what is being brought up. I just don't see it. If this happens, then I am a NBA basketball player. I hope that justice prevails and that there is no constitutional crisis. I wish I had more to say right now about it. I am waiting to see how it goes. It was a good day yesterday marching down Garrison Avenue in Fort Smith for the Dr. Martin Luther King, Jr. parade. I marched with the County Democrats. Another group who marched were the local Citizens' Climate Lobby. But, the highlight of this march like it is every year are the bands of both Northside and Southside High Schools in Fort Smith together playing "We Shall Overcome." Also, in the parade are KISR 93.7 and its sister radio stations and various churches and different businesses who also marched as well as the Fort Smith Public Schools and Future School. also, the Fort 94.5 and so many participants. This is done every third Monday of January each year and as long as I am working for the public schools, I will have that opportunity to help out and march. I may land a job where I may not be able to do that because it is federal holiday. That's all for now.
Posted by Tim Gunter at 19:57 1 comment:

What's in the Energy Innovation and Carbon Dividend Act (H.R. 763)

Folks, I am not exactly on board on this, because I do not trust the government to send citizens a rebate or a check mailed back to them at all from the U. S. Treasury. Here is how this works if the bill was passed by the House and then, by the Senate, and then signed by (laughter) President Trump. This is information provided by the Citizens' Climate Lobby. "Question: What's in the bill? "Answer: The Energy Innovation and Carbon Dividend Act, the first bipartisan climate legislation in a decade, has been reintroduced as H.R. 763. (1) It's based on a CCL framework to account for the hidden costs of burning fossil fuels. If enacted into law, this policy will drive down greenhouse gas (GHG) emissions by stimulating American innovation and ingenuity. Scientists and economists alike (2.3) say it's the best first step to reduce the impact of global warming. "Here's how it works: "A carbon fee is placed on coal, oil, or natural gas as it enters the U.S. economy. "The fee starts at $15 per metric ton of CO2 and increases by $10 - adjusted for inflation - every year until GHG emissions are reduced by 90 percent. "All of the money is recycled to American residents in equal monthly carbon dividends helping consumers adapt while businesses compete to reduce their carbon footprints. "If emission cuts don't meet mandatory targets, the annual increase can be raised to $15. "A carbon border fee adjustment is placed on emissions-intensive goods that are imported or exported. This discourages businesses from relocating to where they can pollute more, and also encourages other nations to price carbon. "This policy would supersede a narrow subset of GHG regulations (4) for 10 years, but if GHG emissions haven't been cut 30 percent by then, the EPA would be obligated to issue new rules to put us back to back on track. All other Clean Air Act regulations remain in full force. "Because the steady increase in fossil energy prices is predictable, it will stimulate invention and investment to cut carbon in myriad ways. Consumers will know they can count on increasing dividends to help them through the transition to a world of clean, energy-efficient goods and services." Maybe this bill has a chance to be passed when we have a new Congress and a new presidential administration who care more about than going to war. Now, no chance. But, the CCL and the Citizens' Climate League both are persistent. Members of calling their congresspeople constantly every month to get this bill debated on the floor.
Posted by Tim Gunter at 20:39 1 comment:

Recently, I said that Rep. Tulsi Gabbard is way too peaceful. But, I believe I am on board with her. She does not want war and neither do I. Her hot topic has been U.S. Foreign Policy and she is correct over everything over this quagmire over Iran and the killing of Suliemani, the Iranian general. I are tired of other Democrats attacking her who are too cowardly to stand up to Republicans and I am tired of Republicans who back President Trump no matter the cost of military lives and who won't stand up to him. Americans are weary of war and we are still in a war in Afghanistan and Iraq. What does victory even look like? And what does victory look like in a war with Iran? The Iraqi Parliament voted to remove American troops from Iraq and since they did, isn't it time to bring the troops out of Iraq and bring them home? They clearly don't want us there and that is the objective Iran has. It is for Americans to leave Iraq. Well, instead, 3,000 more troops are being deployed to Iraq which only escalates more tension for war. It is time to step back from war. The Iraqi people do not want more war. This is the first post for 2020 and I hope to write more later. Please, go to Twitter and look up Tulsi Gabbard. She is the real deal in the Democratic Party. It's too bad the party doesn't love her.
Posted by Tim Gunter at 20:26 1 comment:

I have not posted a whole lot this decade. I have posted more on Facebook and Twitter, and I certainly did not sign up for other social media sites. I do a lot of substitute teaching now and I do other jobs. This was the decade when Fort Smith lost Whirlpool and sensible people out there can understand how big of a loss it was for the town and the surrounding communities. The only people who don't seem to are what I call the "elite", members of the Fort Smith Leadership group. Nothing had really replaced all of those jobs that were lost. Not with Sykes or with other companies. Glatfelter only hired 87 people, a company that started its operation back in 2017. Razorback football absolutely stunk during this decade. Razorback basketball is improving, recently beating the Hoosiers! Razorback baseball has been wonderful. I hope for a better decade where I continue to get old, which I am not too crazy about. "You only as old as you feel." Cable TV is on its way out. Who needs it. Wireless television through the Internet is the way to go. A satellite dish on your roof? Why? I look forward to a happy 2020.
Posted by Tim Gunter at 17:33 No comments:

Republicans are known to pick bad VP picks and then manage to win the election.
This was done when George H. W. Bush picked an unknown Indiana senator, Dan Quayle,
as his running mate. Lloyd Bentsen, Dukakis' running mate, managed to whip him in the
VP debate with those famous words,"Senator, you are no Jack Kennedy." But, look who
won the race, George H.W. Bush. This is a caveat for the Obama-Biden team. Most people
do not know who Sarah Palin and Republicans all over the country are kissing her ass, convincing
us floor people who are working hard for much less that she is an asset, a wise pick for John McCain. Other than this fight she had with Sen. Ted Stevens over the bridge to nowhere, she is not suited for the job. It proves to me that McCain wants to continue the failed Bush legacy.
Just put people with little to no experience in the executive branch just like George W. did 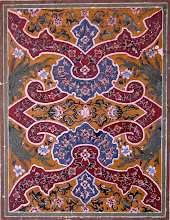 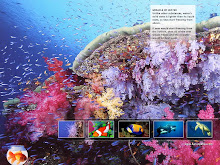 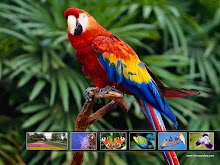 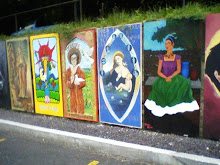 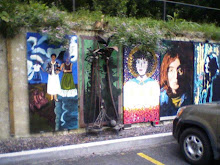 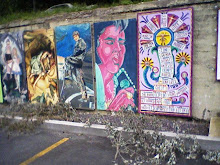 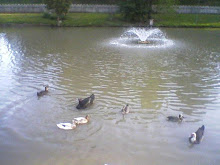 Swan at the Pond

About Me:, Sobre Mío